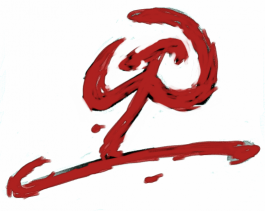 It’s the day after thanksgiving in America.  Also famously known as “Black Friday” here.  While many Americans go to shopping centers and big box stores to get the best deal on that electronic item or a fuzzy toy marked down so low that they are willing to camp in front of the store to be first in line for it, I on the other hand sits here and blog about bonsai.  I’m so passionate about bonsai that during last night’s Thanksgiving party, in the midst of sports talk, political talks, catching up conversation, I blurted out, let’s talk about bonsai while smiling to see if anyone bites.  It was a bold move on my part knowing it’s my adult brothers and cousins surrounding me.   I braced myself to get a barrage of insulting comments or the like.  I wipe that smile on my face but inside me almost laughing as I looked at their confused but inquisitive faces.  Before I know it, four or five adults were suddenly talking at the same time but mainly drowned by two of my siblings talking so loud so make their point heard by everyone.  Bernard the “B” in A,B,C,D brothers (Anthony, Bernard, Charlie, and Denbert (was not there last nigh)), said ” why do you force these trees to live in a small pot and bend them to any direction you want?  That seems cruel.”  I responded by saying that bonsai trees live better than your landscape trees and trees from the wild.  But stopped before trying to explain all the fertilizing, root pruning, and other meticulous work with bonsai.   I do realize, if you know my brother Bernard, that he asked the questions just to create a point of discussion and controversy.  I sit there calmly preventing to get lured by his bait to engage in his controversy.  He then asked me another question which is a very valid question, “What can bonsai do for me?”.  I said almost immediately, it will help “calm your brain”.  The moment I said, the prase “calm your brain”, “C”, Charlie took that phrase and immediately started using it on every sentence that comes out of his mouth.  He made a few jokes with it and made the bonsai discussion to be somewhat of joke, drowning out the real questions my cousins were sincerely curious about.  What is the oldest bonsai you know about? My answer “more than 1000 years old”. What is the most expensive bonsai you know about? “$250,000 (this is a bonsai Bjorn Vlog about).  How do you know how old a bonsai is?  My answer “by taking a core sample of a tree (preferably dead one)  where the bonsai tree was collected, count the rings, and extrapolate the age base on trunk size.”  All the answers got a WOW reaction but B and C are still trying to make jokes in the background and trying to get a few laughs.   I was very tempted to take out a white board and start a lecture but held myself and instead invited everyone to my talk at the NW Flower and Garden Show in February 2018.  Bernard admitted that he likes bonsai and appreciate it and that he was just trying to get reactions.  I knew that, and that does not bother me.   I know bonsai and it’s secret “super powers”.  Sometimes explaining it to relatives who only knows it from the movie “Karate Kid” is not an easy information download.   I’ve come to an analogy recently on how bonsai is perceived by many.

One thought on “Bonsai Misunderstood”