When your thoughts become occupied with mostly that one thing.  When you talk about that one thing a lot of times.  When you do that one thing a lot.  There could be something abnormal about it.  Some may think you are crazy.  Some may think you’re obsessed.  Some may think you’re addicted.  Bonsai maybe that one thing for me.  Although it comes and goes with the season,  bonsai revolves around my life or I revolve around my bonsai.   I call it passion for bonsai, someone looking from the outside may call it addicted to bonsai.  Yes I do have a lot of trees but seriously not as much as others I’ve seen.  It’s all relative.  Recently, I negotiated with my youngest daughter that if we take down her old play set in the yard that we will rebuild it as part of my bonsai garden expansion and part her gymnastic gym area.

So although I talk about me being passionate about bonsai, it maybe perceived by others as an addiction.  To understand why this is, I did a little research.   The simple answer has to do with a natural chemical in our brain called dopamine.  It’s our feel-good chemical that our brain release naturally when we do something that’s rewarding.  The release of this chemical can also be synthetically induced using drugs.   The difference is that I’m doing it with my natural drug – bonsai.  This is how it happens to me.  When I take a seemingly worthless plant or tree material and make something beautiful, it is an instant reward for me.  I feel good about it, then I want to do it again.  This happens to me too when I do a landscape project.  I design it, install it, and transform from something unattractive to something beautiful.  It’s an natural high.  So call it passion or addiction, it doesn’t matter.  I’m not harming anyone or myself.  Although, yesterday I did cut myself carving the deadwood of a 75 year old lilac tree.  I do balance my life,  the bonsai thoughts are there but I sometimes just keep it to myself and contemplate about it.

Here are a few  before and after photos of some of my trees, you be the judge why this can be addicting: 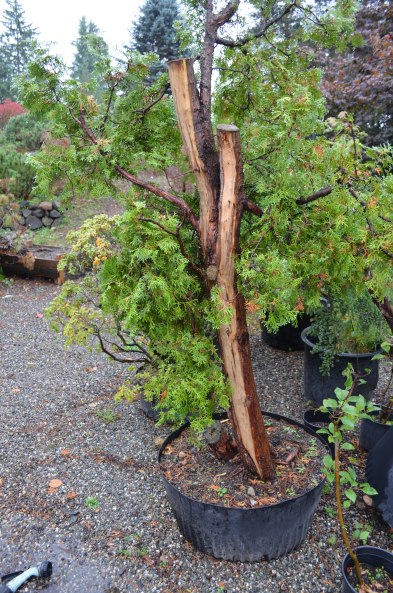 Photo taken circa winter 2004. This is my hemlock before any styling was done. It was barely hanging on to life. 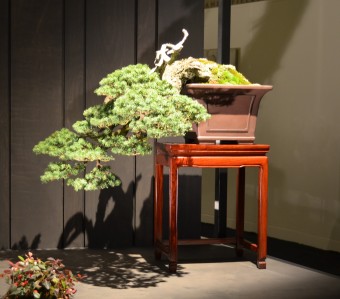 It is the tree in 2015 at the Portland Artisan Cup. 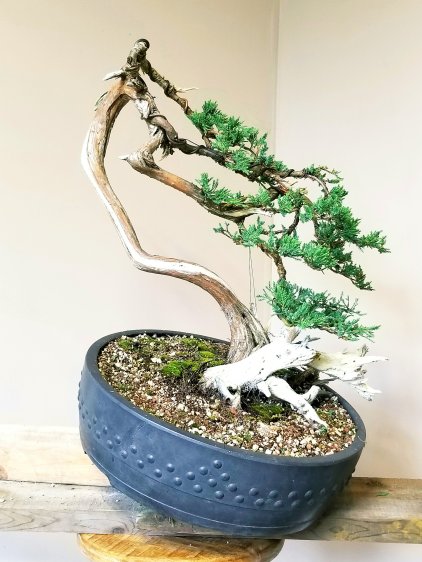 When this tree was first collected, I removed about half of the foliage. Also, I didn’t have a pot or anything to protect the roots. I think I found a paper towel bag in the recycle bin. 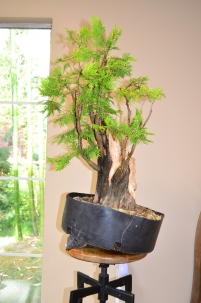 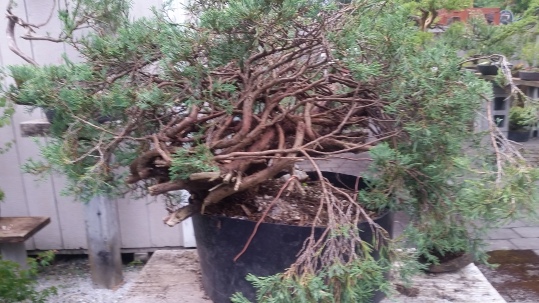